Steps Involved In The Production Of Maida Flour 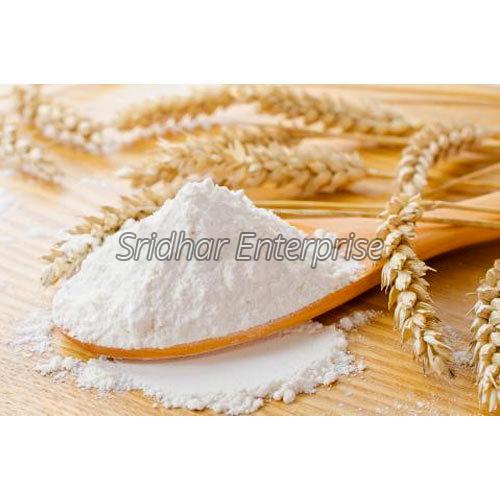 Maida flour is basically the white flour which is made from the endosperm or the starchy white part of the wheat grains. The endosperm isthat part of the wheat grain or seed which consists of all the essential elements that are required for the development of the plant. It can even be simply defined as the food storing unit of the seed . The following steps show how Maida flour is manufactured in the factory:


• Step number one: At first the wheat grains are passed through several filtering systems. This process is required to remove all the unnecessary dust particles, husk or stones that are present in the batch of grains.


• Step number two: After the filters successfully clean out the wheat grains, the batch of grains is moved to a different section. In this section the filtered grains are washed properly with clean water. This cleaning helps in the separation of the bran from the endosperm or the starchy white part of the wheat grains. Bran is the hard outer layer of the cereal grain, like wheat in this case.


• Step number three: The third step in this process continues after the bran is separated from the endosperm and moved through the break of the rolls . After this the process of grinding takes place. In this process the endosperm is turned into fine powder that is prepared with help of the grinding machine. The process of grinding takes place in several stages throughout the process, initially starting with the wheat grains broken down into flour ,coarse particles and finally intermediate particles.


• Step number four: In the fourth step of this process the intermediate particles are moved through the reduction roller, which is a machine used for reducing the thickness of any ductile material. The roller turns these particles into fine flour powder.


• Step number five: The last step in this whole process is called the filtering stage or the sifting stage. In this stage the flour is passed through sifters that helps to separate it from the other remaining particles.


This whole process takes place quite a number of times until all the endosperms are finally turned into flour Maida. One of the biggest features of Maida flour is the high protein content present in it, that also leads it to be in demand among customers always. There are several enterprises which act as Maida flour supplier in West Bengal who often deal with many other varieties of products as well. These companies usually cater to deal with bulk orders of products according to the demands of the customers.


They have even set up their prices at affordable rates according to the competitive market rates. Usually gunny bags and plastic bags are used as the packaging material of the Maida flour. The current price rate of Maida flour in the market is between twenty five to thirty five rupees per kilograms. In Central Asian cuisine and cuisine from the Indian subcontinent, Maida plays an extensive role. It is used for preparing wide range of dishes like Tandoori roti, naan, pizza, cakes , pastries and more.